'Hugely readable and profoundly important ... Perry's masterly piece of postmodern gothic is one of the great achievements of our century' The ObserverSHORTLISTED FOR THE 2019 DYLAN THOMAS PRIZEOBSERVER FICTION BOOK OF THE YEAR 2018'Beautiful, devastating, brilliant' Marian Keyes 'Astonishingly dark ... exquisitely balanced' Francis Spufford 'Packs a punch of atmosphere, creepiness, fear and melancholy' Susan Hill 'Mythic, ominous and sensitively human' Frances Hardinge 'Richly atmospheric, daring and surprising' Melissa Harrison 'Striking and brave, ... moving and terribly beautiful' Sam GuglaniOh my friend, won't you take my hand - I've been so lonely! One winter night in Prague, Helen Franklin meets her friend Karel on the street. Agitated and enthralled, he tells her he has come into possession of a mysterious old manuscript, filled with personal testimonies that take them from 17th-century England to wartime Czechoslovakia, the tropical streets of Manila, and 1920s Turkey. All of them tell of being followed by a tall, silent woman in black, bearing an unforgettable message. Helen reads its contents with intrigue, but everything in her life is about to change.

Thalia
The Hobbit or There And Back Again (HarperCollins)
8,99 €

Thalia
The Sun and Her Flowers (Simon & Schuster Children's Publishing)
12,99 € 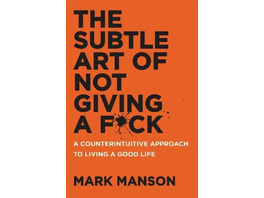